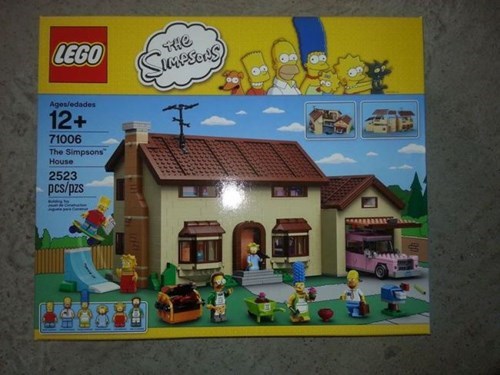 An image of what looks like the very first Simpsons LEGO set has recently been unveiled on the internet. The sneak peak of the set was posted on Eurobricks by a user without any mention of price or release date. LEGO confirmed in August 2013 that they would be releasing a Simpsons series but has yet to make a public comment on the rogue image.

Submitted by:
Unknown (via METRO)